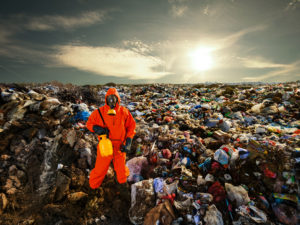 We all know that landfills exist, somewhere, but it’s not something that we really want to think about. Nearly everyone I share this list with is shocked when they learn the truth about American Landfills, but sometimes a shock is what we need to finally make a change.

1. Americans generate up to 400 million tons of garbage each year

When it comes to garbage we all usually think “out of sight, out of mind”, but once that garbage leaves the can at the end of your driveway it has to go somewhere. More and more of it is ending up in landfills—all of which requires more and more space.

2. The Average American generates 4.6 pounds of waste a day

This means that the United States has the highest amount of waste generated per person of any other country in the world.

3. The amount of waste generated in the US has tripled since 1960 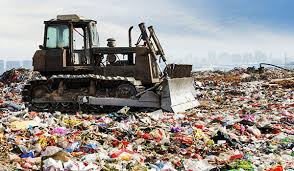 4. Only around 10% of solid garbage in the United States is recycled each year.

While this is an unfortunately low rate, it still marks a growth of 100% over the last decade.

Not only do all of these landfills take up valuable space, they also all create hazardous gas and could pose serious threats to groundwater.

While the garbage collectors may only come to your house once a week, collectively we produce enough garbage to fill over 1200 garbage trucks every day of the year, in every state.

7. Most communities spend more to deal with trash than they spend for schoolbooks, fire protection, libraries, and parks.

Not only is all of this garbage a waste of resources like metal, plastic, and textiles, it is also a massive drain on local and state government budgets. 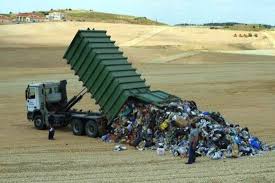 We can all buy fewer toys, opt for second-hand versions, and pass down the toys we do purchase to others. After all, we all know that a card board box and a dented pot are more fun than anything from Toys R Us .

9. Only 15% or 2 million tons of clothing is recovered for recycling annually

10. American consumers are buying (and getting rid of) five times more clothing than we did 25 years ago

Over 10.5 million tons of clothing ends up in landfills annually. A vast majority of this clothing is still in incredible shape. The saddest part of this statistic is that there are so many uses for your used clothing. From stocking the shelves of thrift stores to clothing families in the developing world; your used clothing can stay out of landfills and make a difference at the same time

Sometimes small changes can have massive impacts, and one new App entitled GiveIt, is changing the way that people deal with waste. The folks at GiveIt are offering a revolutionary free donation pick up service. All you have to do is 1. Download the app 2. Take a picture of the clothing or other small house hold goods 3. Leave the items outside your door and let the GiveIt team take it away absolutely free.

Together, you and GiveIt can help reduce the hundreds of tons of waste that are crowding landfills every year. Visit http://www.giveithub.com/ today to learn more.